What will the future of work look like in 2050?
We posed this question, trialling a social experiment amongst several participants that explored the impact of empathy and future of language in the workplace.
In collaboration with Julia Spragg, Anna Nordon, Laurence Presland, Sabrina Ulis & Alana Thomas
27 April, 2019
The world of today is rapidly changing. With emerging technology and the development of AI, the concept of the traditional “workplace” is becoming increasingly fragmented. The way we work, where we work, and how we communicate with others is frequently shifting. What will communication look like, in an era where half of our existing work will be replaced by automation?  Or a future where humans will become unnecessary in industries that have routine and predictable outcomes?
Research has revealed that in the last couple decades, jobs in the STEM industry have stalled, while jobs valuing creativity and adaptability have risen. It’s predicted that future jobs will require 70% more transferrable ‘enterprise skills’ such as communication, digital literacy & critical thinking. Van Bellegem emphasises how “human service will become really premium” in the AI world.  “Maybe 90% of normal customer interaction can be entrusted to AI but the remaining 10% is where empathy passion & creativity come into play.”  Given this trajectory, it has never been more important to hold onto the main gap that distinguishes us from machines - our emotional intelligence and human empathy.
Sydney is an incredibly diverse city, with people from all different cultures, backgrounds and perspectives.  In our society, we strive to be empathetic and considerate of others as we navigate the social complexities around us. Yet could too much empathy lead to limitations on the way we can effectively communicate? In a bid to become more inclusive, will we ultimately silence ourselves?
Currently, society’s attempts to legislate around the freedom of expression and maintaining political correctness have led to a strong division in public opinion.  For example, recent years have seen the push for workplaces to change language to ensure a gender-neutral environment that’s inclusive for all. Max Masure, co-founder of Argo-Collective, a group created to train workplaces on gender and inclusion, recommends addressing employees as “Hey, friends” instead of “Hey, guys” to avoid alienating non-binary employees.  In 2018, a professor filed a lawsuit against Shawnee State University claiming his religious rights were violated when he was reprimanded for not using the preferred gender pronoun of a student.​​​​​​​​​​​​​​  ​​​​​​​
As a response to these issues, we designed CoLAB lunchroom, an immersive experiment that explored the future of workplace communication and the impact of public shaming to highlight the ambiguity and complexity of social interaction. Set in the year 2050, we invited participants to experience a situation where sensitivity was taken to the extreme and formal rules were put in place to manage offensive situations. 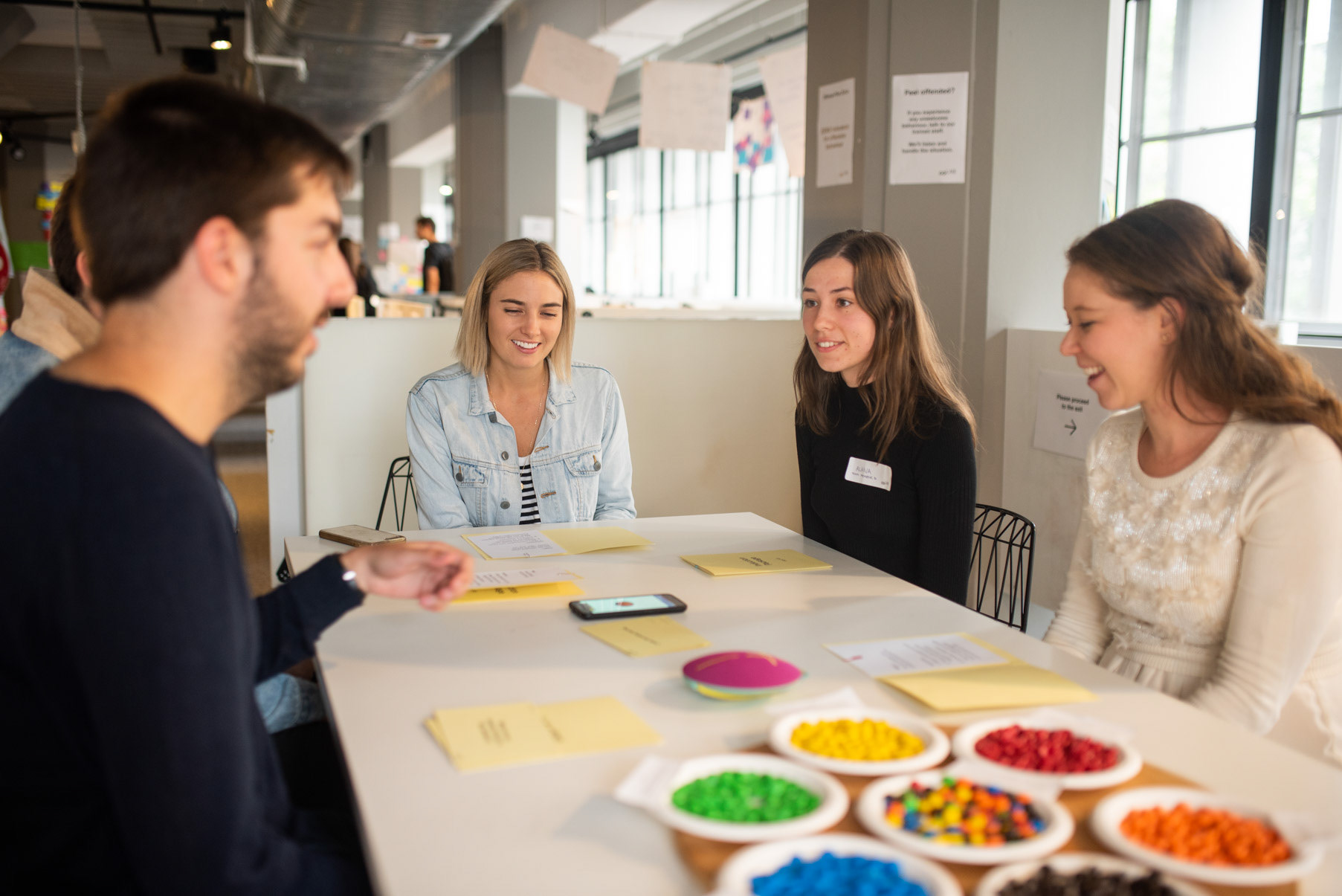 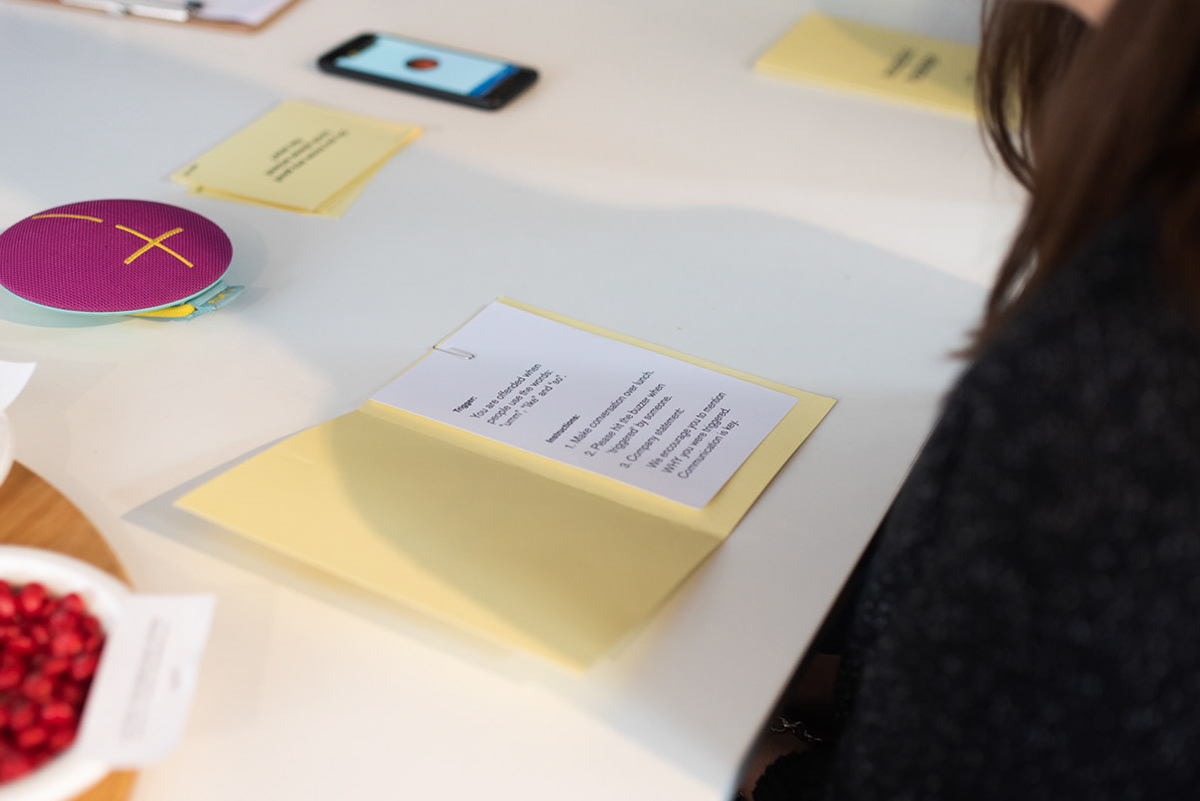 Participants were each given individual “trigger files” and briefed on a “trigger” to find offensive. They were encouraged to press a buzzer when anyone performed that “trigger” during the conversation. They were also instructed to tell the offender of what they had done “wrong”, why they were offended and to ask them to please stop. ​​​​​​​ 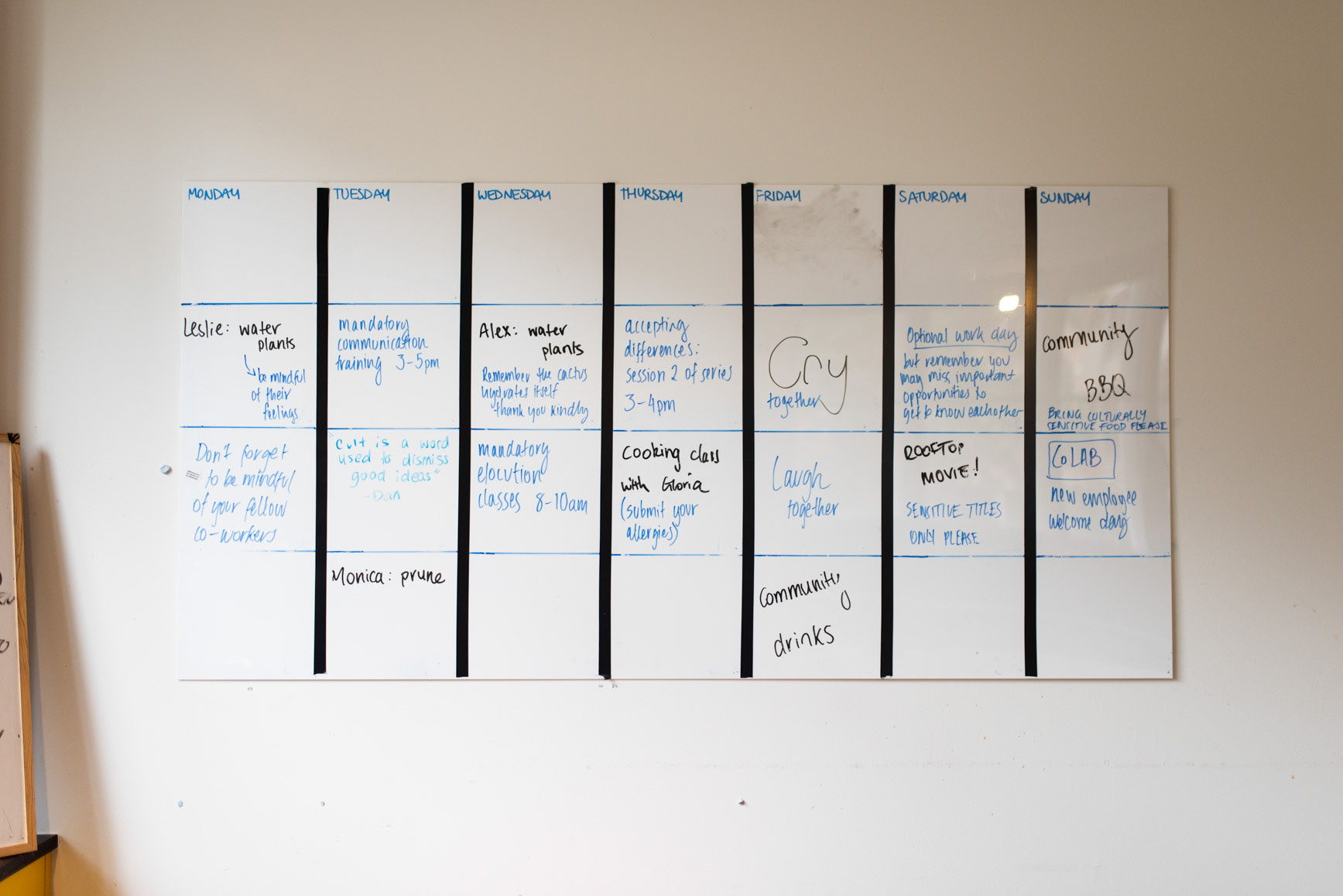 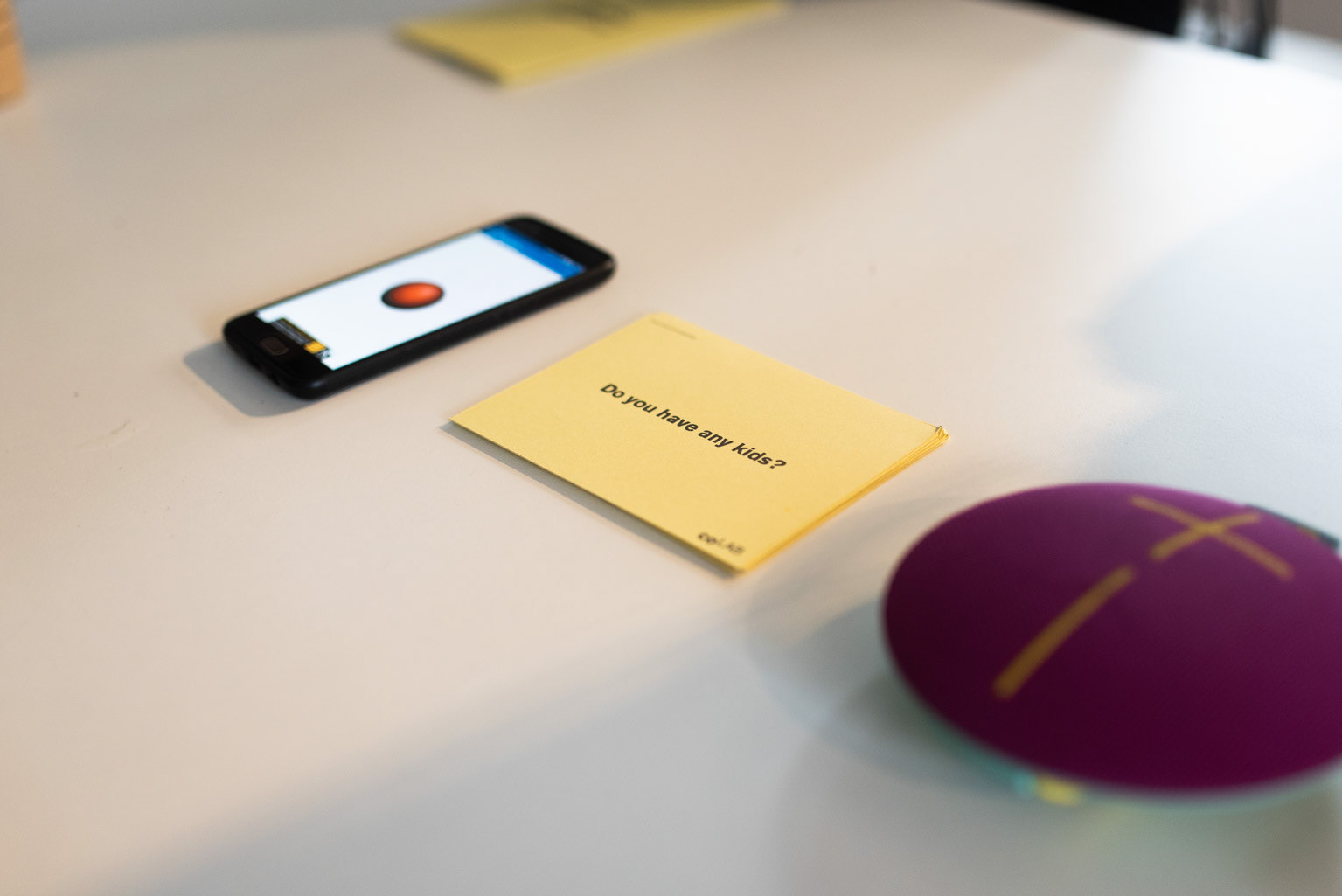 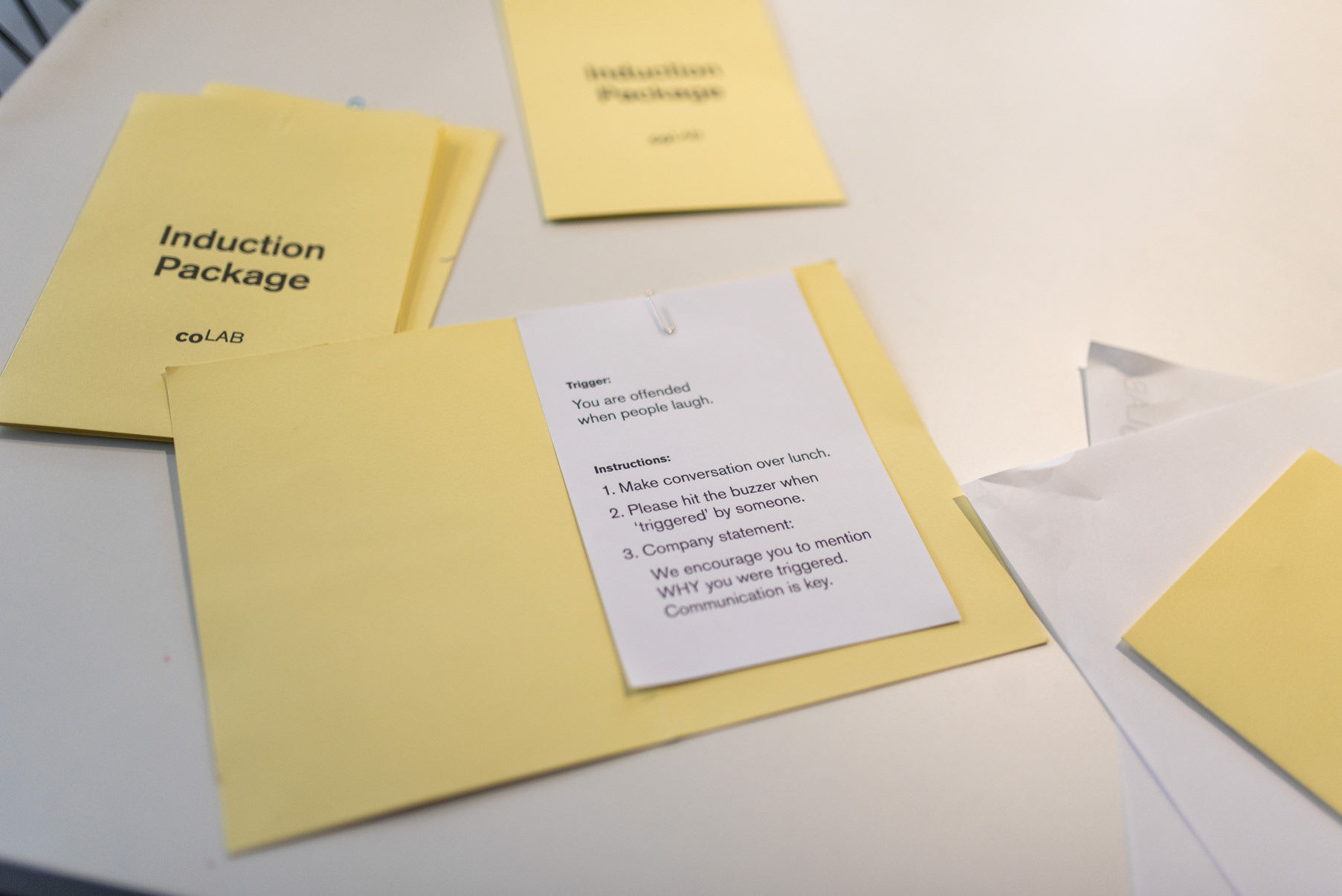 At the end of the experiment, participants were encouraged to weigh in on the question:
“As workplaces become increasingly diverse and socially complex, how might we strike a balance between inclusivity and freedom of expression in the way that we communicate?”​​​​​​​

The answers based on their experiences were incredibly thought-provoking and insightful.
One participant drew parallels between the social justice warrior movement and how the experience was “one of the most impressive ways of criticizing that aspect of society and how we communicate.”  Another highlighted the importance of not allowing one’s sensitivities to take priority over the group’s needs. “It’s all very well for us to be more and more sensitive, but if we don’t actually learn to be tolerant of all these irritating things around us, then society becomes brittle. You can’t live life walking on eggshells.”
Many believed the experiment highlighted the idea of compromise between being mindful of our actions, yet also the freedom to communicate with worrying about offending other people. “You constantly felt you needed to question whether you should do something and think before you act at all times.”  ​​​​​​​ 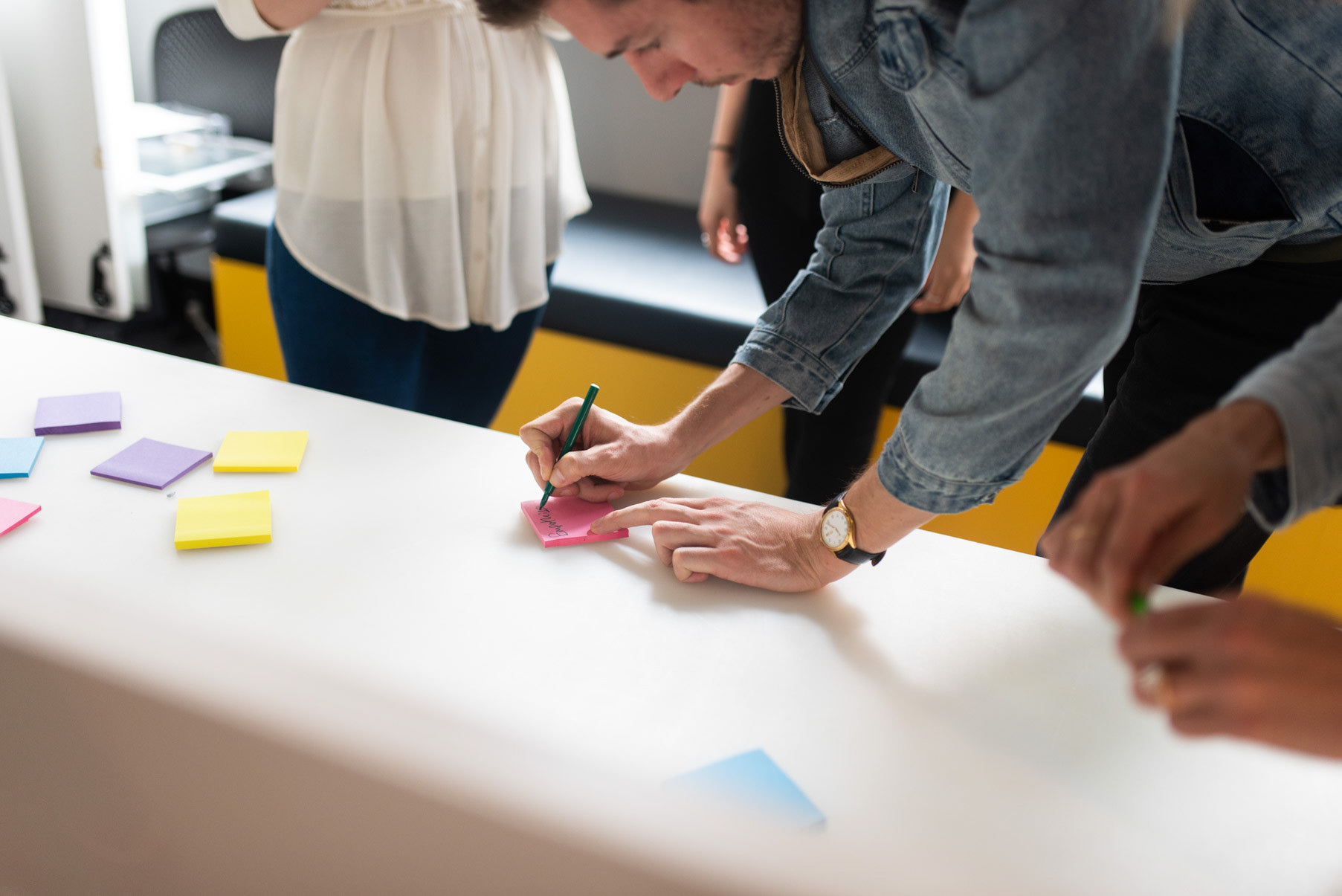 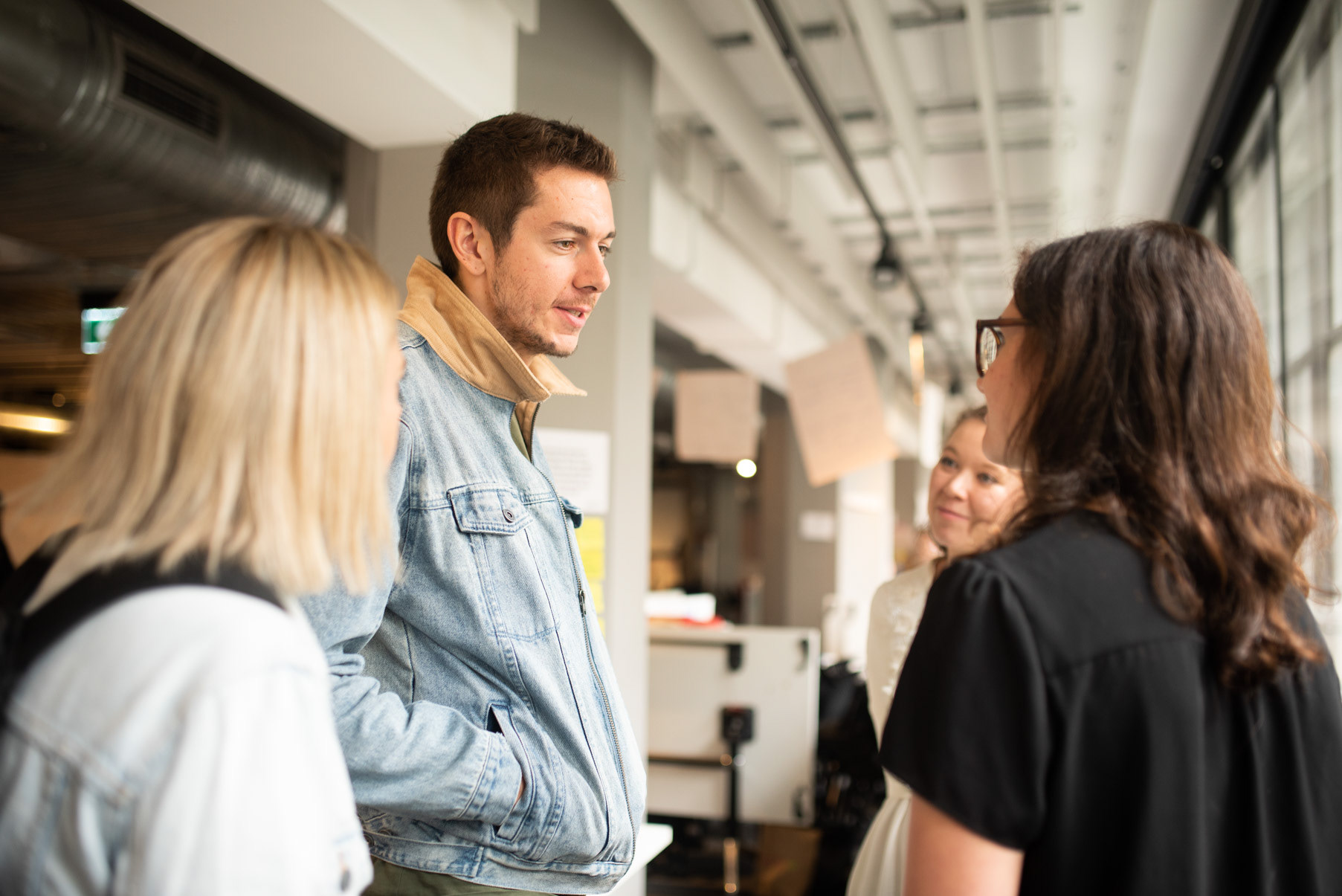 Perhaps another interesting observation was the adaptive capacity and change in participant behavior based on group-think. One lady revealed how she became unusually quiet to keep the peace. “I just shrunk back, I’m never usually quiet but I was really committed to keeping everyone happy.”
Another noticed how participants began to mirror the body language of some of our facilitators who were placed in the experiment as employees that followed the workplace code of conduct.  “Because they were acting really robotic, I found we all started copying their body language to fit in.”  This resulted in the dynamic and conversation between the group becoming uncomfortable and awkward as participants became self-conscious and developed a “heightened self-awareness” about their own behaviour.
Others reflected on how they hope the future doesn’t look as bleak or sinister, noting how they found the experiment “deeply unsettling, stressful and judgmental.”
In conducting our experiment, the purpose of our experiment was not to criticise the current state of our society or advocate for expression to be completely unfiltered. It was to present a warning as to what may happen to the future of communication and social interaction if we become too considerate of everyone’s personal sensitivities that we ultimately create a hostile environment.
Ultimately, the experiment helped facilitate an interesting conversation around being aware and respectful of others’ sensitivities yet also the importance of free speech to effectively progress as a society. If we’re limited in our freedom and independence, this significantly impacts the culture of innovation and creativity which is essential for advancement and progressive change.  ​​​​​​​​​​​​​​
All photography & videography by Chelsea Abbott
Stock videos taken from royalty-free websites, Pixabay and Pexels
↑Back to Top